Cripple Creek and Victor Gold Mine 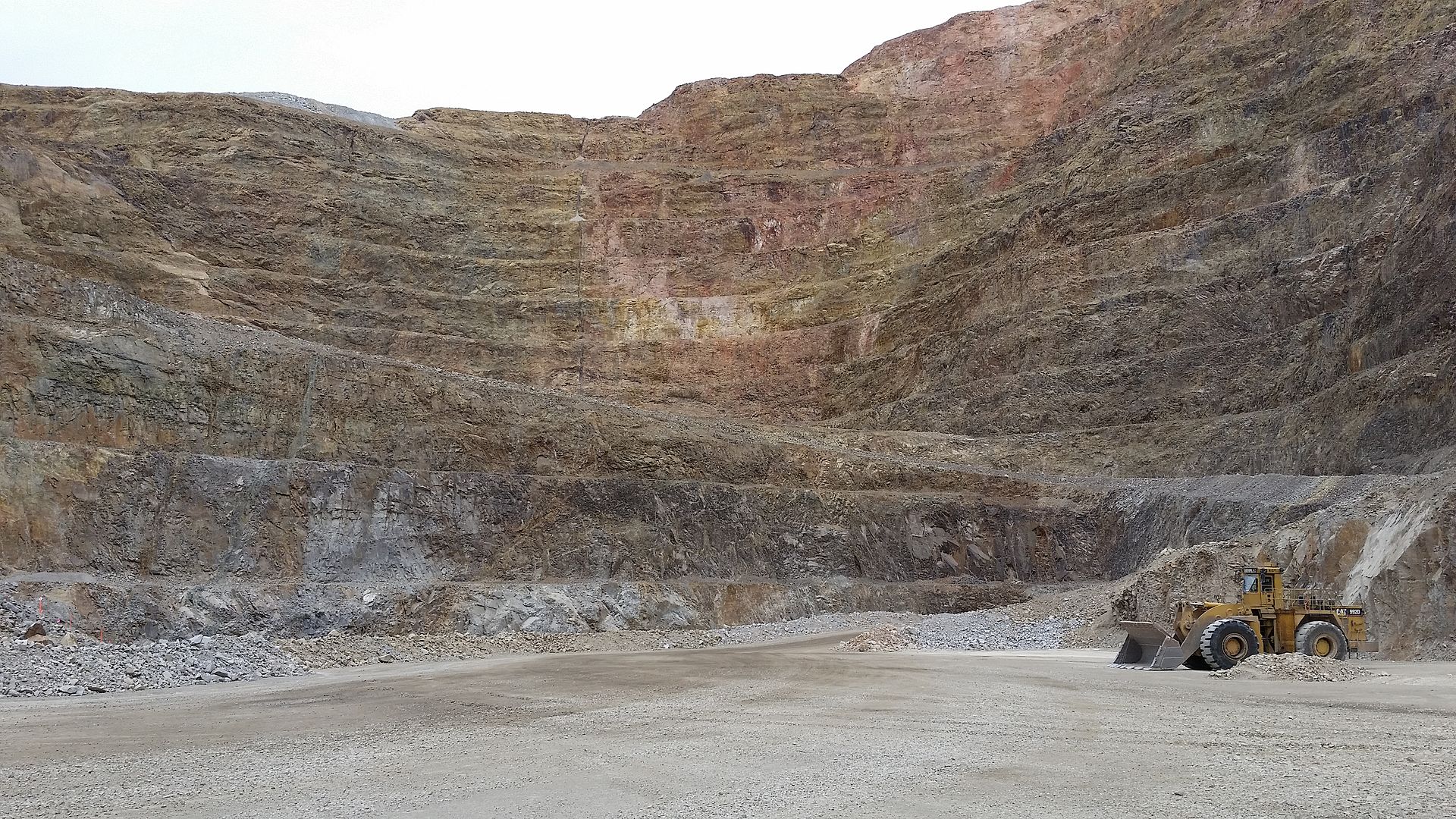 Gold mining in the district begun in the 1890s, mostly as underground operations, chasing high grade veins. Over 23 million ounces of gold have been recovered from the district since 1890.[3] At 2012 prices ($1600 per troy ounce [10]), this would be worth around US$ 37 billion. Warren, Harry & Frank Woods entered the Victor mining scene in when they purchased the Mount Rosa Placer and incorporated the Mt. Rosa Mining, Milling and Land Company on January 9, 1892. This would later become known as the Cripple Creek & Victor Gold Mine.[11]

Most of the Cripple Creek properties were consolidated into the Golden Cycle Mining and Reduction Company, and the Carlton Tunnel was completed in 1941. This 6.5 mile long tunnel drained the district down to 3,000 feet. The roasting-cyanidation Carlton Mill opened in March 1951. This mill also tested the first carbon adsorption-desorption process.[12]:110-111,113

The current open cut operation dates back to 1995.[3] The operation became part of AngloGold in March 1999, when the company acquired the Independence Mining Company and thereby 66% of the mine. AngloGold merged with junior partner Golden Cycle Gold Corporation in 2008 and thereby acquired the remaining 33% of the project.[6]

The mine is a low-cost, low-yield open pit operation, with grades well below one gram of gold per tonne of ore. In recent years, 2008 and 2009, the mine accounted for 5% of AngloGold Ashanti’s world wide production. It is the company’s only active operation in the United States.[6] In 2008, the State of Colorado and Teller County granted the mine a mine-life extension.[14]

In August 2015, the mine was sold to Newmont Mining Corporation.[5] 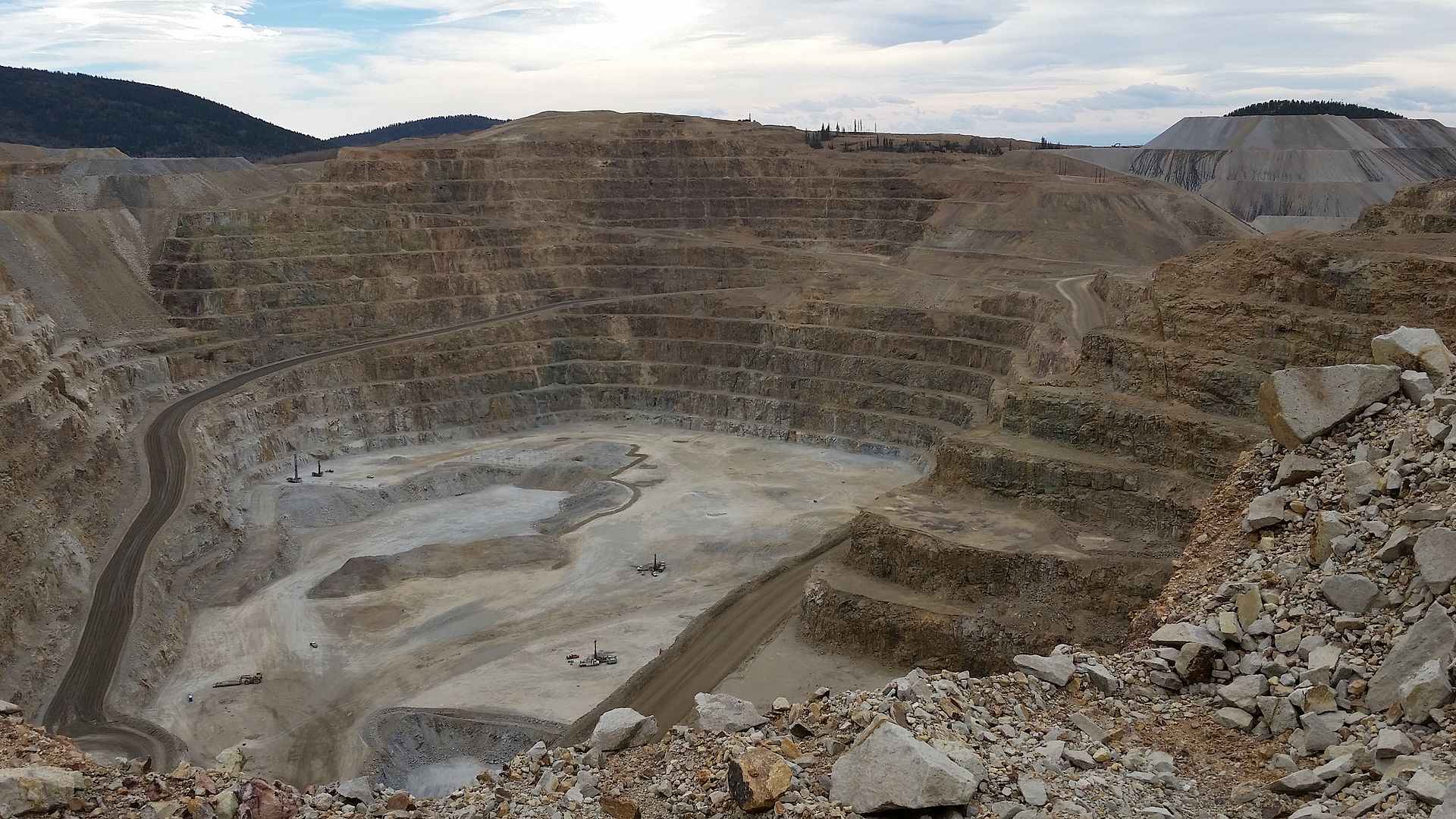 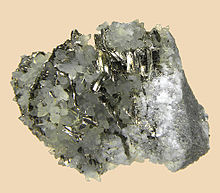 Two “Aladdin’s caves of gold” were discovered in August 1953, on the 3100 foot level of Ajax Mine, Battle Mountain. Sylvanite and Calaverite covered the walls. Mine superintendent M.H. Grice stated, “It is a sight a mining man may see but once in a lifetime…”[12]:114

I live in Victor, this mine is HUGE. You can see it from adjacent mountain ranges!

Welcome... to the first 100% FREE online magazine that is devoted to nothing but gold and gem information. It's FREE, No Spam, No Annoying Emails
Visit the Forum --- CLICK HERE

As an Amazon Associate we earn income off Amazon Links. --- Copyright © Gold and Gem Gazette - Gold Prospecting and Gem Prospecting News and Information.